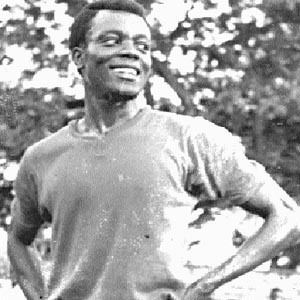 The second edition of the Ihitte Mbieri Unity Cup competition organized by the Elkanah Onyeali Care Foundation in honour of late Elkanah Onyeali who hailed from the community started with pomp and pageantry on Sunday at the St. Benignus Catholic Church pitch at Umuodu-Umuonyealiugo, Ihitte Mbieri, Mbaitoli Local Government Area, Imo State.

Six villages of Umunjam, Umuonyeali, Amaulu, Umuodu, Umudagu and Umuneke are taking part in the tournament and they have been paired into two groups of three teams each with two teams expected to qualify from each group to the semi-final until a winner emerges on January 5 2020.

In the opening match to herald the commencement of the competition meant for the six villages that made up the autonomous community, the defending champions, Umunjam were denied a winning start after they conceded a late minute goal to settle for a 2-2 draw with Umuonyeali.

Umunjam, the village from where the late Elkanah Onyeali was born led twice in the game but they were pegged back by a determined Umuonyeali side on both occasions to begin their title defence with a draw and they must target an outright victory in their second game on Saturday against Amaulu if they do not want to end their participation in the competition in the first round.

Umuodu who lost 1-0 to Umudagu in a grudge game played on Wednesday will trade tackles with Umuneke in a must-win second match on Sunday this weekend while the first-round games will be concluded with Umuonyeali vs Amaulu on the 24th December and Umudagu entertaining Umuneke in a probable winner takes all contest on December 27.

The semi-final matches will take place December 29th and 31st respectively while the third place and final games will be decided on January 3rd and 5th in that order. All the matches are taking place at the St, Benignus Catholic Church pitch at Umuodu-Umuonyealiugo, Ihitte Mbieri.

The competition was organized by the Elkanah Onyeali Care Foundation established by Obidimma Onyeali, the son of the ex-Nigerian international, Elkanah Onyeali and it was put together to provide succour and help for the needy and less privileged individuals in the society and also to give the youths of Ihitte Mbieri an opportunity to actualize their dream of becoming football stars like their mentor.

As part of social responsibilities and to further recall his life and times, the Foundation is using the second edition of the Elkanah Onyeali Memorial Cup for all the five villages in Ihitte Mbieri, Mbaitoli LGA to rekindle the memories of the late star striker by inviting football scouts from Europe and America to identify talented footballers.

While speaking at the competition, the son of late Elkanah Onyeali, Obidimma called on Imo State Government, the Federal Government as well as private companies and well-meaning individuals to partner with them to enable them to unearth more players in the mould of the late Nigerian striker to stardom.

“We, therefore, beseech the government of Imo State and Nigeria as well as private companies and well-meaning individuals to partner with us to make this dream of taking the youths off the streets and social menace so that the society can benefit from it,” Obidimma Onyeali said during the opening ceremony of the Ihitte Mbieri Unity Cup.

“The Elkanah Onyeali Care Foundation sincerely believes that the legacies of the football icon cannot be swept under the carpet but rather used to encourage the youths to discover their talent and nurture it to greatness.

“It is our strong feeling that there are many more Elkanah Onyealis to be discovered in Ihitte Mbieri hence our intention to float a football academy after the tournament with the bulk of the players drawn from this tournament.”

Onyeali was Born in 1938 to his parents at Port Harcourt, Rivers State Onyeali started playing football as a Secondary Schoolboy at Holy Ghost College Owerri where he also played alongside Chief Arthur Nzeribe (goalkeeper) under the tutelage of Bishop Shanaham (who was their Principal and coach).

He was a Nigerian professional footballer who played as a centre forward for Tranmere Rovers in England, scoring 8 goals in 13 games in the Football League during the 1960-61 season.

Onyeali dubbed the Black Mercedes because of his football artistry was one of the first African players to play in England. He also played for the Nigeria national team, scoring 11 goals in as many games between 1959 and 1961. 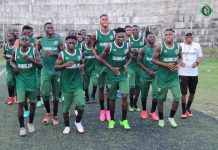 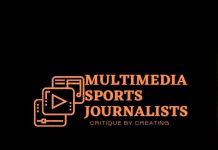 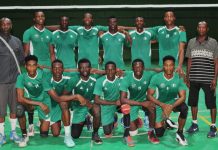 NVBF announce final 12-man list for the U19 World Cup