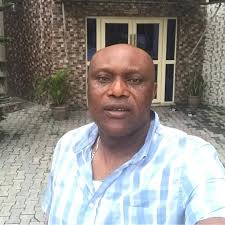 The management of Nigeria Women’s Football League premiership side, Edo Queens has asked its head coach, Rollandson Odeh to step aside with immediate effect.

The decision to suspend Odeh came barely an hour after the Obaseki Ladies were pipped 1-0 by neighbours, Delta Queens at the Agbor Township Stadium, Agbor, Delta State.

In a short press release made available to www.dasportstainment247.com, through the club media head, Ojieva Ehiosun the club said it is investigating some administrative and technical matters relating to the coach, and Odeh’s assistants have been instructed to take temporary charge of the team.

“The Management of Edo Queens FC has suspended the head coach of the team, Mr. Rollanson Odeh with immediate effect,” The press release stated.

“This is to allow for Management’s investigation into some administrative and technical matters.

“The Assistant coaches, Helen Ibrahim and Gladys Nwagbara will hold forth supported by Coach Stanley Osaze of Bendel Insurance FC Feeders Team pending the conclusion of the investigation.”

Edo Queens slumped to the second loss of the season on Wednesday in Agbor after Delta Queen’s Dominance Odubanjo’s52nd-minute goal separated both teams. Edo Queens are now fifth with 14 points from eight games.