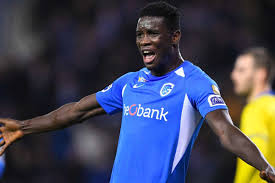 Nigerian players excelled for their various clubs in Europe in matches played on Saturday and www.dasportstainment247.com reviews some of those that made headlines.

In ENGLAND, Alex Iwobi started his third game of the season and ninth overall in Everton’s shock 1-0 home loss to Leeds United while Semi Ajayi’s West Brom finally secured their first win of the season in their 1-0 victory over Sheffield United at the Hawthorns. Conor Gallagher with the goal in the 13th minute with Ajayi playing his ninth game of the season for the Baggies.

In the English Championship, French Professional footballer of Nigeria descent, Michael Olise, Ovie Ejaria and Sone Aluko all starred as Reading beat Bristol City 3-1 to move to fourth on the league table with 26 points from 14 games. Ejaria scored the Royals’ curtain-raiser while Olise created the assist for the second goal but Aluko was a late substitute for Ejaria.

Rotterdam secured a 2-2 draw at home to Bournemouth with Nigeria eligibles: Dominic Solanke and Freddie Ladapo on the scoresheets for both teams. Ladapo scored Rotterdam’s both goals while Solanke notched one to help Bournemouth remain in second position on the table with 27 points from 14 games and in the race for one of the automatic tickets to the EPL.

Mikel Obi was substituted for the first time this season in Stoke City’s goalless draw at Sheffield Wednesday. The former Super Eagles skipper lasted 76 minutes as the Potters improved to eighth position with 22 points. A certain Moses Odubajo featured for Sheffield Wednesday.

William Troost Ekong was benched in Watford 4-1 home win over Preston North End at the Vicarage Road. Watford are third with 26 points.

In SPAIN, Kelechi Nwakali was unavailable as SD Huesca lost more ground in their zeal to remain in the top flight beyond the end of the season after they were beaten 1-0 at home by Sevilla. Huesca is yet to register a win in the ongoing season though they have garnered seven draws from 11 games.

In GERMANY, Taiwo Awoniyi saw action for 90 minutes for the first time this season for Union Berlin who were held to a 3-3 draw by Eintracht Frankfurt while Kingsley Ehizibue helped FC Cologne to grab a morale boosting 2-1 victory over erratic Borussia Dortmund at the Signal Idunna Park. Ehizibue came on in the 90th minute to fortify the defence but Tolu Arokodare was an unused substitute for FC Cologne.

In BELGIUM, Paul Onuachu scored his 12th goal of the season from only 13 games in Genk’s 5-1 away win at Cercle Brugge. The former Midtjylland and Ebiede FC scored twice before he was replaced in the 77th by his compatriot, Cyriel Dessers. The away win shot Genk to the top of the Jupiler League with 28 points from 14 games.

David Okereke started for league reigning champions, Club Brugge while Emmanuel Dennis was introduced in the 78th minute in their battling goalless draw at Royal Excel Mouscron. Okereke was replaced in the 55th minute as Club Brugge moved to second spot with 27 points from 14 games.

In FRANCE, Moses Simon made his long awaited come back from injury for Nantes but he couldn’t prevent a 3-1 defeat by Marseille. Simon came on in the 46th minute to help transform the result in his team’s favour but his best wasn’t enough.

Josh Maja was impressive for Bordeaux but Samuel Kalu was missing as they held French League multiple champions, PSG to a 2-2 draw in Paris. Maja saw action for 81 minutes before he was replaced.

In the French lower league, Stephen Odey played the final 31 minutes for Amiens but they still lost 2-1 at Troyes. Odey has just a goal this season.

In PORTUGAL, Zaidu Sanusi followed up with his Champions League Team of the Matchday Four selection with another fine game for FC Porto who pipped his former team, Santa Clara 1-0 away to move to within six points of the league leaders, Sporting Lisbon in second position with 16 points from eight games.

In TURKEY, former Under 23 Skipper, Azubuike Okechukwu played his first game of the season for Istanbul Basaksehir in over 160 days due to injury but he was unable to mark his return with win as his club was held to a 3-3 draw at home by Denizlispor. The Turkish Super Lig reigning champions were 3-0 up at a stage in the game before they allowed Denizlispor to claw their way back to earn the unlikely draw. Okechukwu was introduced in the 68th minute.

In RUSSIA, Brian Idowu had another 90 minutes to relish for Khimki who beat FC Krasnodar 1-0. Idowu has two goals for Khimki and has only missed a game this term.

Slyvester Igboun was not listed as Dinamo Moscow were pummeled 4-1 at Rostov.

In DENMARK, Frank Onyeka and Midtjylland were surprisingly held to a goalless at home by Aa B. Onyeka played all minutes for the reigning league champions.