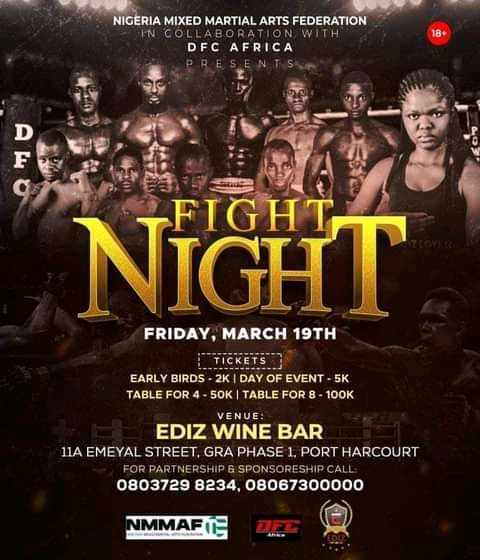 DFC REGION OF HEROES 2 TO HOLD FRIDAY IN PORT HARCOURT

The event was initially postponed from March 12th due to the recent loss of one of the Directors of the Dynamite Fighting Championship, Nyebuchi Nkoro who passed on in the early hours of Tuesday 9th March after a ghastly accident.

In the main card, highly rated Ebere N who has impressed recently will challenge the explosive and resilient Peace Umeh for the National Super WelterWeight women’s title.

DF6 is one of three fight nights scheduled for the year 2021 and is in collaboration with the Nigeria Mixed Martial Arts Federation, NMMAF.