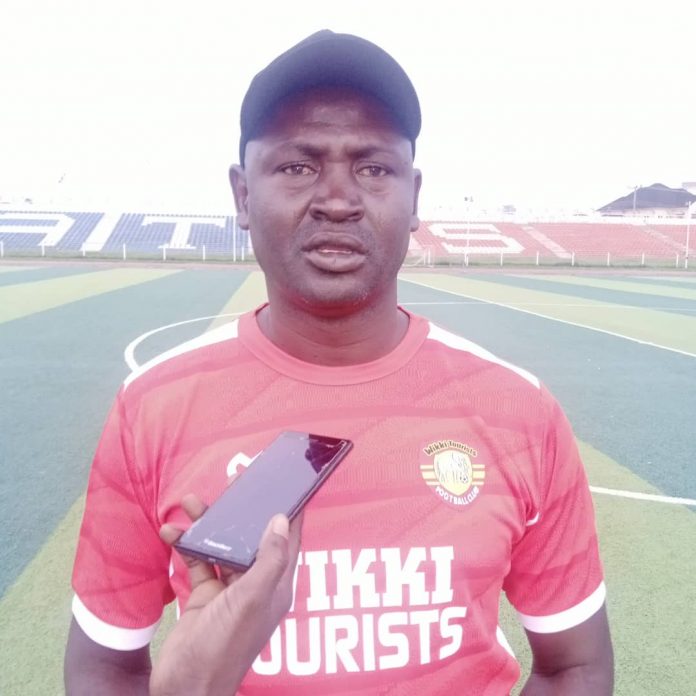 WIkki Tourists fc new Technical Adviser Kabiru Suleiman Dogo has said that the club is not conduting an open screening for players.

Dogo was Speaking against the influx of players to the camp of the club seeking to be recruited.

He said the situation is worrisome and therefore decided to make it public that he only invited some players to add to the ones he made in the team.

When I arrived some couple of weeks ago players came and in other not to disappoint them because they showed interest in the team I allowed them train but that opportunity is over now,we no longer accept uninvited players.

In fact I have selected my players except for few invited ones who will join us within the week and subsequently unveil them,he emphasised.

Although the League Management Company,LMC is yet to make an official pronouncement on date to commence the 2021/22 npfl Season, Wikki Tourists fc decided to start early preparations for the Season.

Kabiru Suleiman Dogo who joined the club few weeks ago as the new gaffer from Lobi Stars has continued to solicit for prayers, support and understanding from the teeming Supporters of the Club for him to succeed.