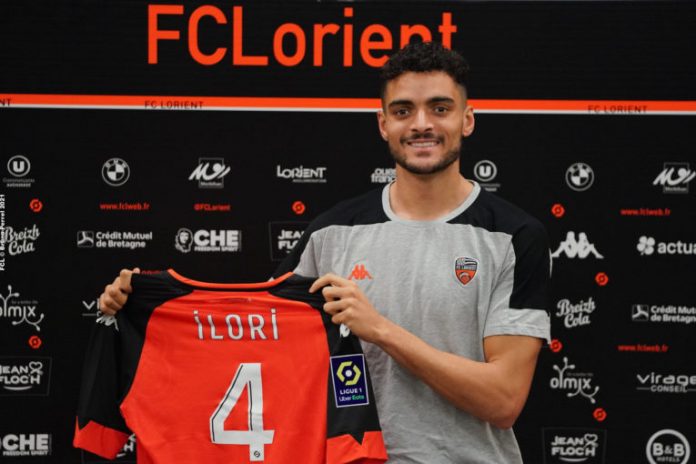 FC Lorient have announced the acquisition of Portuguese footballer with Nigeria roots, Tiago Abiola Delfim Almeida Ilori on loan for the rest of the season from Sporting Lisbon of Portugal.

Tiago Ilori born in the United Kingdom on February 26th 1993 to Nigerian father, Kola Ilori was developed by Sporting Lisbon before he signed for Liverpool under whom he was loaned out to Granada, Bordeaux, Aston Villa and Reading before he rectraced his steps cack to Sporting CP

A press statement made available to www.dasportstainment247.com from the club’s official website wrote:

“FC Lorient is pleased to announce today the arrival in the form of a loan without option to buy Tiago Ilori (27 years old, 1m90), the Portuguese central defender of Sporting CP.

“Trained at Sporting CP, with whom he played from youth teams up to professional level, Tiago Ilori then wore the colors of Liverpool, Granada, Bordeaux, Aston Villa and Reading for a total of 173 matches in all competitions (3 goals , 3 assists).

“The former Portuguese U21 international (10 caps, 1 goal) will therefore return to Ligue 1, a championship in which he has already played with the Girondins (12 matches, 1 goal) during the 2014-2015 season.”

Www.dasportstainment247.com can confirm that the central defender would be wearing jersey number 4 and the player expressed his resolve to help Lorient avoid the dreaded relegation at the end of the season.

“It’s a great challenge for me when I join FC Lorient. I am ready to help my new team achieve their goal of maintenance at the end of the season,” Ilori said in an interview with the club’s official website picked up by www.dasportstainment247.com.

“I know that the group is of quality, we saw it yesterday afternoon against Paris SG. We have weapons to promote. I’m also happy to be back in Ligue 1 and I can’t wait to meet my new teammates.”

“Tiago has athletic qualities, speed and I am convinced that he will quickly blend into our group. We are happy to welcome him among us today.”