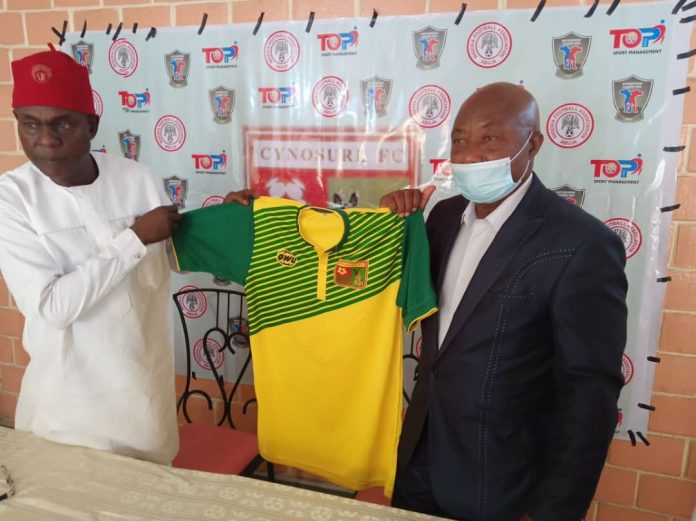 Cynosure football club has swiftly pushed aside the controversies surrounding the aborted engagement of Samson Unuanel as coach of the nationwide league side, by unveiling the experienced Festus Allen as their new head coach for the new season.

The colourful unveiling and contract signing ceremony which was held Monday, November 30, at the club’s headquarters, was witnessed by the team’s management and the starry-eyed players of the equally ambitious side.

Speaking at the unveiling, the club President, Prince Chidiebere Nwaeze expressed his happiness that the club has secured the services of a very experienced football tactician to tinker the team and make its promotion dreams a reality.

He revealed that the former ABS and COD coach has been given a one-year renewable contract which include the mandate to qualify the team into the NNL. And with the juicy bonuse to double his salary upon qualification.

On his part, Coach Festus Allen said he was excited to take the job. As he described the offer for the job as ‘exciting and irresistable’.

” The terms and conditions of the contract are good enough for me. I have signed a one-year contract with the team. And I am equally ready to work hard with other members of the team to ensure we deliver on the mandate of the management,” he stated gleefully.