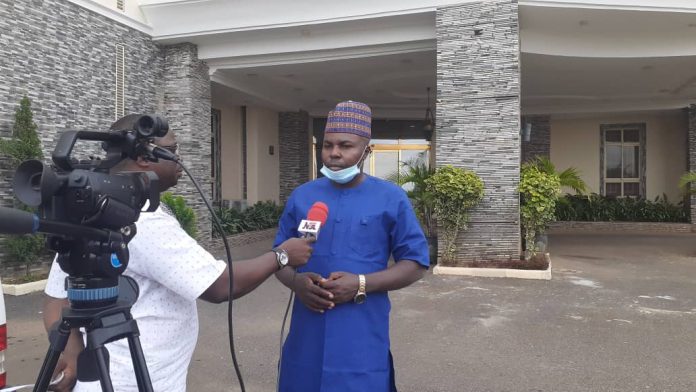 The decision by the League  Management Company LMC and the NPFL Clubs to adopt the Point Per Game (PPG) mechanism to end the Nigeria Professional Football league NPFL 2019/2020 season due to the forced break of the Covid-19 pandemic is for sporting fairness and merit.

Speaking in Abuja Friday, the Executive Secretary of the club Owners Association of Nigeria Alloy Chukwuemeka said the decision was taken in the best interest of the League in the prevailing circumstances.

According to him “You will agree with me that the Covid-19 pandemic was never envisaged in the course of the season.

It was a clear case of emergency with its attendant health implications.

So going by the NPFL rules framework it falls under ‘Force Majure’ unforeseen circumstance”. he said.

“What we did in trying to activate that section of the rules  was first to interface and engage in wide consultations with all the relevant stakeholders and in the long run we settled for the adoption of the PPG to end the season, the best option in the situation we found ourselves”.

“PPG mechanism is not a native doctor permutations, it is science and it is simple mathematics, what it simply means is a division of points accrued by a club with the number of matches played, in order to arrive at a given coefficient.

“It is a mechanism that is globally accepted for sporting fairness and merit. With PPG a club that played a lower number of matches with relatively more points accrued will be ahead in coefficient against a club that played more matches but with comparatively lesser  points accrued. Again when two clubs are tied in the same coefficient , the next is to calculate and apply the head to head rule with advantage given to the club with lesser number of matches played” . he explained .

“That explains the situation where a club which was already on second position on the log could possibly descend to 4th position while a club on 4th position ascends to 2nd position when PPG is applied “.  he concluded

The ABS FC Director of Football who is also a member of the Strategic studies committee of the Nigeria Football Federation NFF said the Covid-19 challenges have afforded the League the opportunity to look inwards and plan for a better  and more improved new season in the 2020/2021football  calendar.