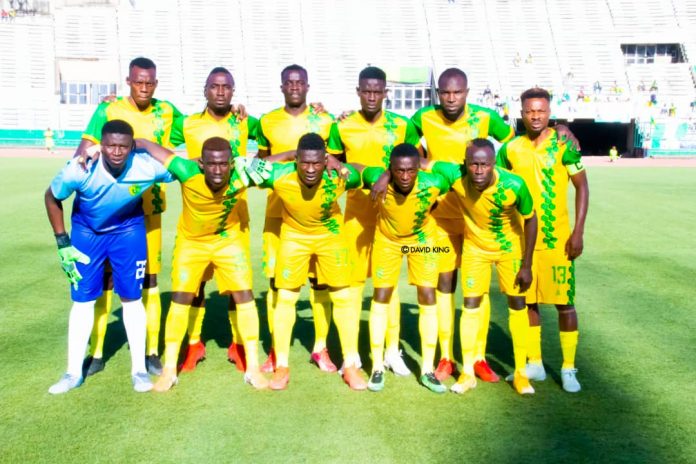 A 45 man contingent of Plateau United Football Club of Jos has left for Dar Es Salaam to face Simba Sports Club of Tanzania in the return of the first round preliminary fixtures of the CAF Champions League.

The contingent which include 20 players , technical crew, management and other major stakeholders is headed by the Plateau State commissioner for Youth and Sports , Victor Lapang as leader of delegation

The team is expected to begin
their journey from Abuja where they are expected to board a flight to Lagos from the Nnamdi Azikiwe International Airport before taking another flight to Tanzania through Addis Ababa on an Ethiopian Airline.

Plateau United who lost the first leg tie one-nil in Jos will have an uphill task in overturning the deficit against a Simba side who are the Tanzanian premier league Champions.

Notable among the players that made the trip is captain , Golbe Elisha who did not feature in the first match and Akila Jesse in addition to seventeen players that played the first leg.

However , Bernard Ovoke failed to make the trip due to an undisclosed illness while goalkeeper Chinedu Anozie is still out due to a finger injury he sustained some weeks ago.

Plateau United need at least a two goal victory without conceding any to overturn the result and qualify for the second round of the preliminary fixtures where the winner of the tie over two legs will face either Platinum Stars of South Africa or Costa Do Sol of Mozambique.

The match comes up on Saturday.