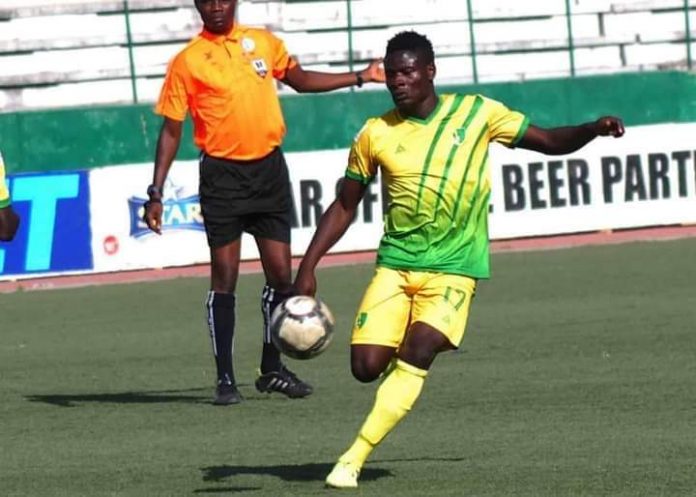 Despite losing their first leg of the first leg of their preliminary round of the CAF Champions League tie at home to Simba FC of Tanzania in Jos, Plateau United midfield maestro as called on Nigerians not to lose faith in them as the tie is not yet over.

Plateau United rattled the cross bar on more than one occasion in the first half of the game before a 54th minute strike from Clatous Chama made sure Plateau United will be needing to win in Dar-es-Salaam to stand any chance of advancing to the next round.

Isah Ndala who equally not happy with the result of the game apologized to the Plateau United fans on the outcome of the game.

“This is not how we had visioned the game to go but in football we just have to accept whatever result that comes our way”.

On Nigerians writing off Plateau United, Ndala says the trip to Dar-es-Salaam will be a tough duel but Nigerians shouldn’t write off his team yet as the tie is not yet over.

“Simba came to Nigeria and got a win, we will also travel to Tanzania to show the world that we are capable of winning anywhere, he assured.”

On if he is sure that his team will win in Dar-es-Salaam, the defensive midfielder concluded with:

“Do not write off Plateau united.”

The Peace Boys will face Simba SC in the return leg on Saturday at the National Stadium Dar-es-Salaam by 2pm local time.