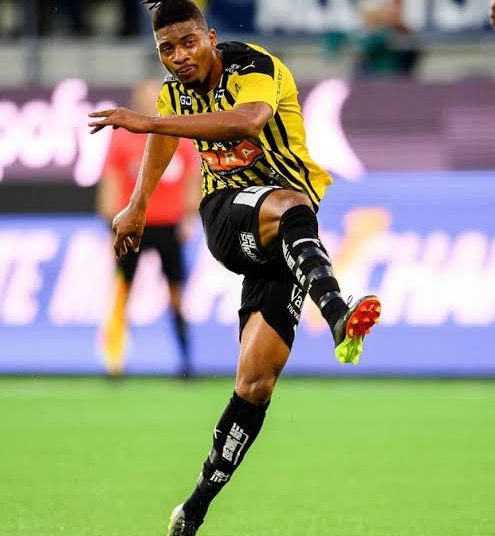 BK Hacken have taken up their option to sign defender Tebo Franklin from Nasarawa United permanently on a four-year contract.

The one cap Super Eagles centre back joined the Wasps on an initial loan with the option to sign in August 2021 and he made his debut in a fiery Swedish Allsvenskan clash with Akinkunmi Amoo’s Hammarby which ended 1-1.

Having made just 28 appearances in the 2020/21 Nigeria Professional Football League (NPFL) campaign, Tebo Franklin has already played four times for Hacken this term.

The highlight for the 21-year-old was his standout performance in Hacken’s impressive 2-1 victory over Örebro SK.

The centre-back was named on the bench of his team when they visited Behrn Arena to face
Örebro SK on the matchday 22.

Following a good start to the game by Tebo and his teammates, they raced in front in the second minute of additional time of the first stanza.

It would be recalled that Tebo played with distinction at NPFL side Nasarawa United on loan from Digital Foot FC of Abuja.

He was scouted by BK Hacken at the Tiki Taka Scouting Tournament in May 2021.