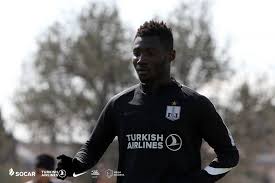 Former Guinea U-20 captain, Mamadou Kane is confident that playing in Azerbaijan will give him the needed exposure and experience to cope as a professional footballer in Europe as he marks the one year of his stay with Neftchi PFK later this month.

The Central midfielder joined Neftchi from Guinean side AS Kaloum in January 2019 and has proved to be a mainstay in the squad of the Azerbaijan top division club.

In an exclusive chat with www.dasportstainment247.com Kane noted that playing in Neftchi is his first involvement in European football and he believes it will help develop him and propel him to other top clubs in the future.

“It is my first experience and I believe Neftchi PFK is an ideal place for me to start my career,” Kane told Dasportstainment247.com.

“Many young African players like me dream of playing in top clubs in Europe, but we can only start from somewhere. I have the opportunity to start my career here in Azerbaijan and I will make use of every chance to develop myself to the kind of player I want to become.”

Kane led the Guinean U-20 national team to the Africa U-20 Cup of Nations 2017 in Zambia and 2017 FIFA U-20 World Cup in the Korea Republic. He describes the experience as a great learning curve which provided the platform for him to show his ability and talent.

“As the captain of the national team, it was a call to serve and led my team to two major tournaments,” Kane continued.

“It was also a time to learn and practice what we have been taught all over the years. Playing in the U-20 AFCON and FIFA World Cup also gave many young players the chance to display our skills for the wider world to see.”

He affirmed that his integration and acclimatization to Neftchi PFK was not difficult at all. It was made easy due to the fact that he met some other experienced African players and French players of African descent who were willing to help him and carry him along.

“Neftchi really gave me a warm welcome and my stay in Baku has been wonderful because it is a very nice city with accommodative people,” Kane added.

“It was not difficult for me to integrate because I met another African, Mamadou Mbodj who is from Senegal. I also met folks like Donald Guerrier, Soni Mustivar and Joseph Monrose who speak French and they have been wonderful to me.”

Kane’s Neftchi occupy the second position on the log and with the Azerbaijan Premier League on Winter break with 25 points after 14 games and he believes his team needs to work harder in order to achieve their objective for the season.

“The objective is to be the champion at the end of the season. Even though we are behind Qarabag, we still believe because this is football and we have to believe. We will have a break and return to work harder and take each match one at a time. We are in the second position and we just have to believe that we can make it.” 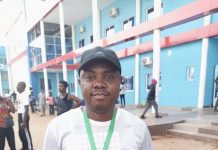 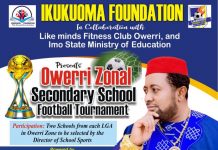 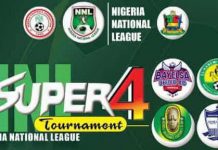