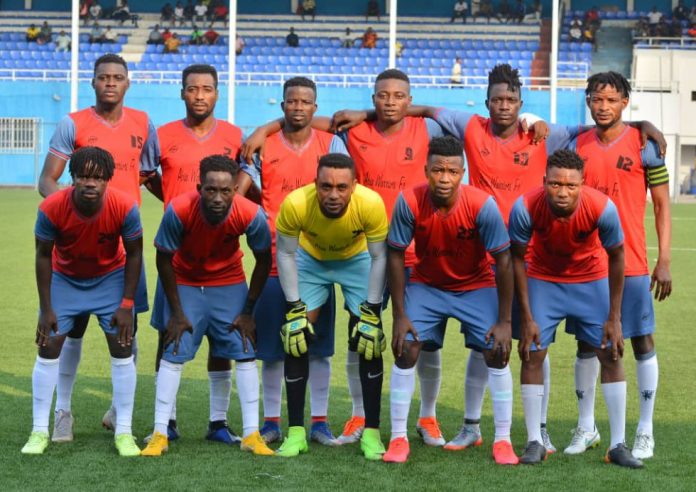 Rivers United have suffered setback in their preparation for the CAF Confederation Cup first round tie against Bloemfontein Celtic of South Africa billed for next week after they were pinned 1-0 by Abia Warriors in a friendly game played at the Enyimba Stadium, Aba on Sunday.

The Pride of Rivers fielded a strong side including hero of the preliminary round tie with Futuro Kings of Equatorial Guinea, Ospino Egbe, Ifeanyi Anaemena, Fortune Omoniwari, Kunle Odunlami, Kehinde Adedipe, Nelson Esor among others while Abia Warriors’ Nzube Anaezemba, Paul Sampson and Fatai Abdullahi in awesome form in the game.

It was Abia Warriors that started brightly and it was no surprise they raced into the lead in the ninth minute through Anaezemba who was playing against one of his former teams.

Rivers United stepped up their game and even brought in Nelson Esor, Fortune Omoniwari and a few others to ensure they get the needed equaliser but Abia Warriors stood tall and ended the tie by a lone goal.

Rivers United will face Bloemfontein Celtic in the first leg on either December 22nd or 23rd while the return leg holds in Port Harcourt two weeks later.