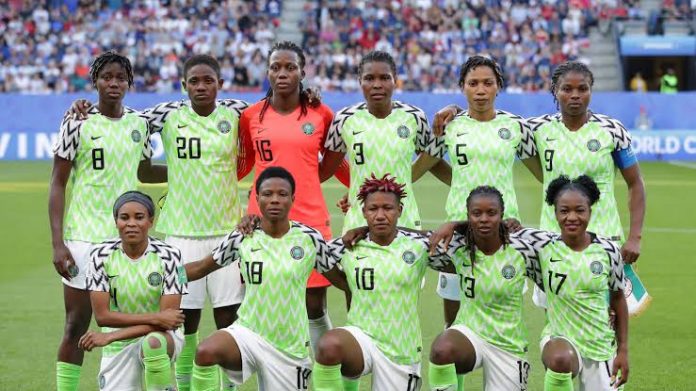 Super Falcons players have stated that they hope to use the Turkish Women’s Cup tournament to bond together as a team again since it has been a while they had such opportunity.

The Falcons got to the second round of the France 2019 FIFA Women’s World Cup but they were booted out of the 2020 Olympics by emerging force- Cote ‘d’ Ivoire last year and have not regrouped since then.

23 Super Falcons players and officials jetted off to Turkey for the tournament that is billed to commence today and ends February 24th in the city of Alanya.

Some of the Falcons players spoke to the team’s media and their expectations ahead of the tournament in which countries like Ukraine, Serbia, India, Bulgaria, Uzbekistan, Equatorial Guinea, and others will be participating.

Maryam Ibrahim who plays for Nasarawa Amazons in the NWFL Premiership said she was elated to be picked and hoping to give more than her best in Turkey.

“We are here to take part in the tournament in Turkey. We are hoping to be in the final and I am hoping to give more than 150 percent to help the Super Falcons. We want to make Africa and Nigeria proud.”

Monday Gift who has been superb for FC Robo Queens in the NWFL Premiership also vowed to prove that her selection to the tournament was no fluke.

“I feel blessed and grateful to be among the five home-based players invited for the tournament in Turkey.

“I want to say that I will give my best to prove that I am worthy of the invitation and to help Nigeria to qualify for the final.”

Chidinma Okeke who plies her trade in Spain with Madrid CFF and Kehinde Habeebat Akinwande of FC Robo Queens were also delighted with the invitation extended to them for the tournament in Turkey and they prayed for hitch-free competition and for the Super Falcons to make it to the final.

On her part, former Super Falcons’ skipper, Onome Ebi lauded the Nigeria Football Federation (NFF) for the tournament in Turkey and she said the tourney would help the team bond together again after such a long while.

She expressed her displeasure over the availability of some of her teammates for the tournament but was convinced those available would do the country proud in Turkey.

“We are going to Turkey to build a team. It’s been a long we played together. I think this tournament will help us to gel together after a long time,” Ebi disclosed.

“It’s just sad that some of our teammates won’t be able to join us but we will deal with what we have.”