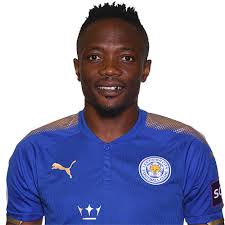 Super Eagles’ captain, Ahmed Musa is expected in the UK on Tuesday morning ahead of agreeing a deal with West Brom.

Musa is a free agent and has been invited in by Sam Allardyce to bolster Albion’s attacking options. If the deal is signed, he will be the second Super Eagles’ captain to play under Sam Allardyce after that of Austin Okocha.

The 28-year-old was due to arrive last week but there was a mix up over his arrangements to travel from Nigeria and he is now due to arrive in the early hours on Tuesday.

As a free agent he can sign out of the window but West Brom want to be convinced of his condition and fitness before they agree a contract.

Musa also has interest from Fulham and his former club CSKA Moscow.

The 95-cap Nigeria international made 33 appearances and scored five goals for the Foxes between 2016-2018 after signing for a then-club record fee of £16.6million.

Boss Sam Allardyce insisted there could be more incomings before the transfer deadline on Monday evening but they would have to improve the squad for him to sanction a move.

He said: ‘We have until 11pm, we will try between now and 11pm to try to find two more players who are available.

‘It’s not just the player, it’s also what finances are left. Time is running out but we have spent quite a considerable amount of our budget that was available.

‘If we can’t get the right player in then there’s no point getting a player in who won’t improve the first team.’