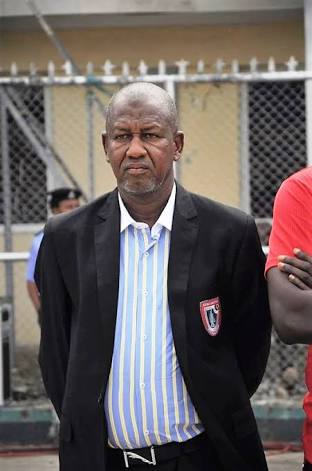 Plateau United head coach, Abdu Maikaba has thumbed up the organisers of the Governor Ikpeazu Pre-season Tournament for providing his team with such platform to prepare adequately for their CAF Champions League and NPFL season.

The Peace Boys were eliminated in the tournament at the semi-final stage by Enyimba after a mix up in the Plateau United’s midfield afforded Sadiq Abubakar to be one on one with goalkeeper Adamu Abubakar before Cyril Olisema scored at close range in the 69th minute.

Maikaba while speaking with journalists shortly after the game opined that prior to the fixture with Enyimba he was delighted with the draw that pitted them against the People’s Elephant because they needed such high profile game to gauge the level of their preparations for the tie with Simba SC of Tanzania.

“As I have said at the moment I saw the draw that pitched us against Enyimba in the semi-final I said it was the type of game we wanted because we need a good test like this before our continental game,” Maikaba told www.dasportstainment247.com.

“I believe Enyimba have given us a good test. We are not necessarily here to win the tournament. We are here to make amends. To make sure that where we had some errors we used the tournament to rectify it.

“I have said it earlier in the competition that we will use the tournament to rectify all our problems so that we would be ready for the Champions League. We expect a positive outcome against Simba SC.”

Plateau United will face Simba SC in Jos in the CAF Champions League preliminary round, first leg tie next weekend before the return leg in Dareessalam on the weekend of December 4-6.

Enyeama the only Nigerian in IFFHS’ African XI of the decade