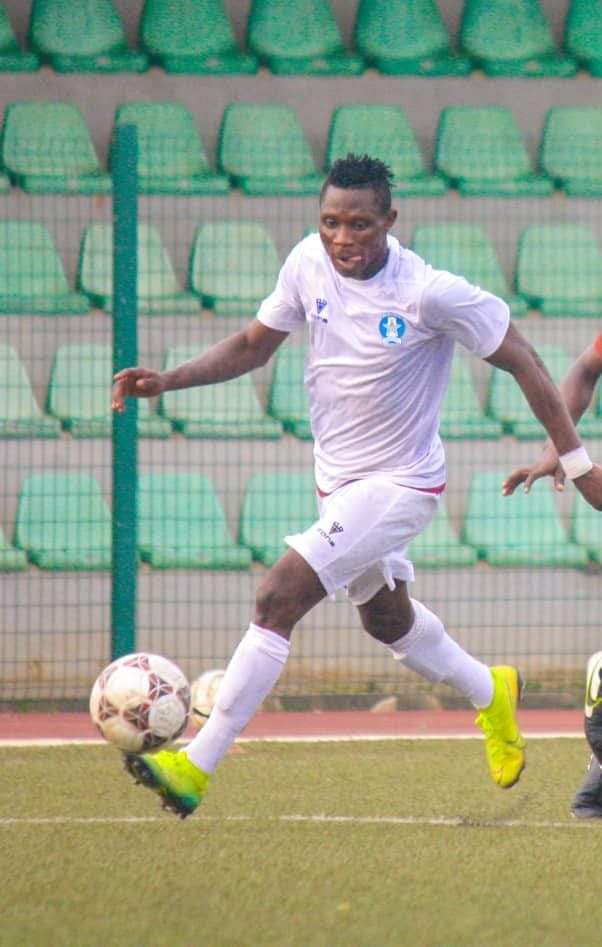 Shooting Stars Sports Club (3SC) of Ibadan striker and leading goal scorer in the on going 2020/21 season of the Nigeria National League (NNL) Gafar Olafimihan, reckons he would not have been able to do it alone but for the vital contributions of his teammates.

The red hot forward has scored ten goals, including two hat tricks in the on going season, to help the Oluyole Warriors reach an historic 8 games without dropping a point.

However, the former Ikorodu United striker refused to take the glory of his impressive feat so far, stressing that the glory belongs to the entire squad.

“I must say it is not about personal glory, it is a collective responsibility. All my goals so far are dedicated to my teammates who made it possible for me.

“It is not about who scores but our goal is to work together to take 3SC back to the premier league and we are happy with what we are doing so far. We have resolved to get it done this season by God’s grace”, said the energetic forward.

Olafinihan added that the good performance of the team so far, can be attributed to the expertise of the club’s technical crew headed by Edith Agoye, who he says relates with tbe players like a father.

He also stated that the fatherly role of the club’s General Manager Rasheed Balogun, as well as the commitment of the entire management team, have been a source of motivation to the players.

Olafimihan praised the Oyo State Governor, Engineer Seyi Makinde for his support to the team, promising that he and his colleagues will stop at nothing to ensure that they actualise the promotion dream of the team.

“With the support we are getting from the government, the commitment of the management, especially as it affects our welfare, the efforts of our coaches and the backing of our teeming supporters and fans, we will work hard to repay them with the desired promotion to the NPFL”, concluded the former Osun United striker.

36 Lion begins Benin Republic tour with 1-1 draw against AS...