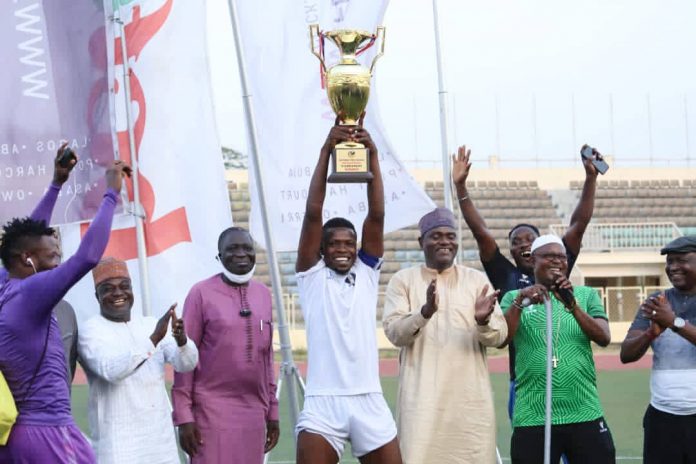 Only in its second edition the Oluyole Warriors showed they are master of the tournament after they managed to hold off the Pride of Benue to secure a famous victory and quell the thoughts of revenge from the former league Champions having lost to the same Ibadan side 5-1 in the semi-final of last year’s edition.

Coach Kabiru Dogo’s men surrendered to Shooting Stars attacking foraysIas early as the thord minute as Olafimihan Gafar netted what turned out to be the match winner.

Both teams failed to create any clear cut chance afterwards, as they played with caution with a view of holding on to ball possession.

The second half recorded a bit of action as Lobi Stars had a penalty appeal rejected by the referee while 3SC defended the final 15 minutes of the encounter as if their entire life depended on it.

At the end of 90 minutes, Shooting Stars deservedly won the competition for the second time and were rewarded with a trophy and other items.