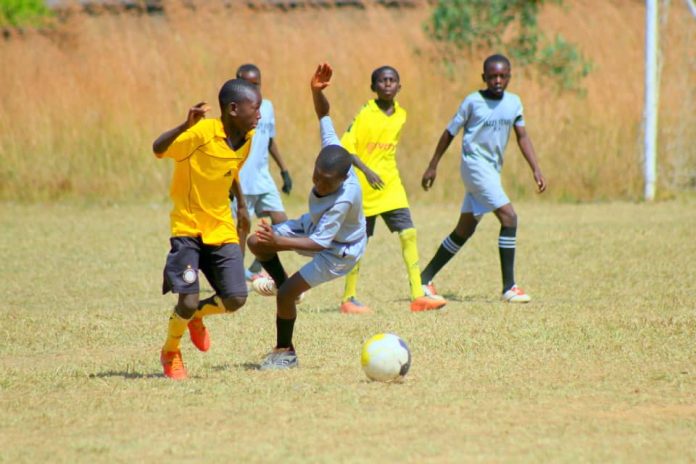 Despite having one match each left to play in their various Groups of the ongoing Under 13 category of the Jos Chillin National Invitational, the quartet of Mees Palace FA, Ekiti Baby Bees, Delta Warriors and Jazzy Stars FA have already booked their semi final tickets.

In some Under 13 matches played yesterday, Ekiti Baby Bees FA have Bamisaye Olakunle to thank for his hattrick to overcome a resilient Tuffray Academy 3-1 to book their semi final tickets.

Here are other results of matches played on Wednesday :

Gombe United Under-15 team are the only team that have made it to the semi final thus far in this category after winning their second match in a bounce beating St. Monica FA 2-0 at the Rwang Pam Township Stadium yesterday.
Alkasim Adamu and Safwan Bashir scored the goals for the Desert Warriors.

Table toppers in Group A of the Under 13 category, Horvel Prime FA of Abuja needs a win against a dreaded Mees Palace FA to be the second team to join Gombe United in the semi finals.
Horvel FA are having 4pts to sit at the top, while Mees Palace are third with 1 point.
This match that promises to be explosive will be played at the Rwang Pam Township Stadium by 8:30am.

Here are all the fixtures of matches slated for today:

Fixtures of Jos Chillin Invitational U 13

Fixtures of Jos Chillin Invitational U 15